How To Seal Pipe Threads The Right Way 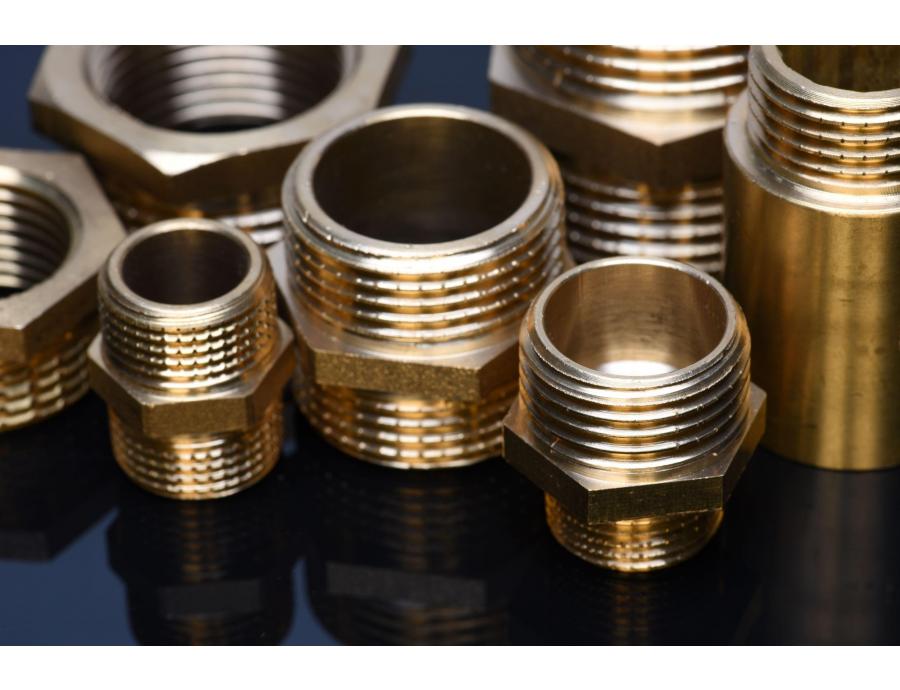 Posted in: How to, Central Heating

A pipe sealant works well at repairing leaks that occur at threaded connections between pipes. When left unattended, leaks can cause considerable damage and costly repairs.

Choosing the best pipe thread sealant for your project depends on several factors. These include knowing the available options, when to apply them and how to do so, you will have the ability to achieve and maintain an airtight and watertight seal between pipes every time.

Sealants for pipe threads offer a variety of benefits, including preventing leaks and facilitating pipe deconstruction. Throughout this article, you will learn how to use a pipe thread sealant like a professional and get the best connection possible.

What Are Pipe Thread Sealants And Pipe Joint Compounds?

Sealants made from high-quality materials do not shrink, shred, creep or crack, thereby preventing leaking. Additionally, they seal piping systems against bursts while resisting vibrations and shocks. Finally, these pipe sealants protect against corrosion and galling and prevent seized assemblies. To prevent a leak, pipe thread sealant is a top choice. 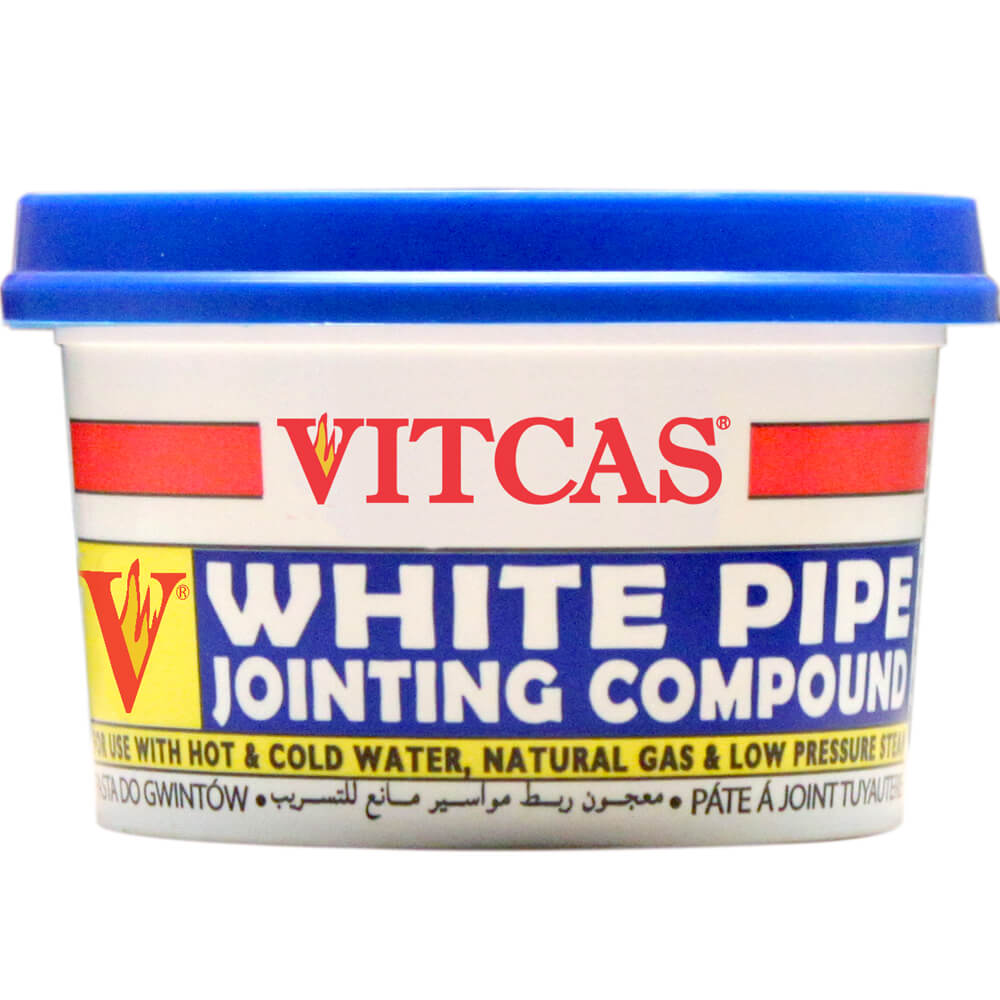 This putty-like adhesive is also referred to as PVC glue, pipe dope or pipe glue. Vitcas offers a White Pipe Jointing Compound. Typically, it is applied to thread ends of pipe fittings and to the inside of connecting pieces to form an airtight seal. Usually, pipe dope is applied with a small brush or spatula, but sometimes it can be spread by hand as well.

A pipe joint compound has the advantage of being inexpensive, easy to obtain and simple to use. It is suitable for all kinds of pipe materials, as it provides a strong seal. For permanent seals, professionals often use joint compound instead of Teflon tape because it creates a stronger seal.

When To Apply Pipe Thread Sealant?

A threaded connection/fitting is required in almost all plumbing systems (such as gas pipes, showerheads, natural gas and compressed air pipes, among others) for a variety of pipe materials. There are two types of threaded pipe fittings- male and female threads.

When a threaded pipe is cut, it is tapered, allowing it to be easily aligned at the beginning of the joint assembly. However, the tighter the joint becomes, the more challenging it becomes to turn the threads.

On their own, these joint assemblies are incapable of achieving a water-tight/airtight seal.  During assembly, a thread sealant must be used to fill the voids left in the thread's roots to create a seal.

Currently, three basic types of sealants are available: anaerobic resin compounds, pipe dope and Teflon tape. Depending on the technician's experience and the product's availability, the technician will use one over the other. Each type has its own benefits.

The cure chemistry of compounds made of anaerobic resins differs from that of solvent-based pipe dopes as it does not contain solvent. For the sealant to cure, it needs to be confined within the metal pipe connection’s threads and fully sealed off from the air.

Since the cured material contains no solvent, it does not shrink or crack when heated. Due to their chemistry, anaerobic resin compounds have excellent resistance to temperature extremes and solvents.

Anaerobic compounds, like the Vitcas Liquid PTFE, fill the void between pipes and they create a seal. Since these compounds cure slowly, it offers additional time to make modifications to pipe components without damaging them. Upon curing, the compounds create a seal that is resistant to vibration, solvents, pressure and temperature extremes.

On the downside, since their chemical composition differs, it is important to ensure that anaerobic resin compounds can be used with plastic pipes and fittings before they are used. Despite their ability to cure many immediate uses, high-pressure systems or significant shock or vibration should be avoided for 24 hours after application. Additionally,  It can be difficult to remove anaerobic resins from gloves or clothing.

This type of sealant provides the strongest and most long-lasting protection. Due to their incredible durability, they are recommended for withstanding temperatures of up to 150°C / 300°F and are the go-to choice for making small adjustments in piping systems.

For decades, pipe dope has been commonly used in industrial applications. It is a solvent-based product that hardens once the solvent evaporates. The resulting seal is effective in blocking leak paths for all plastic and metal pipes.

As the solvent dissipates, pipe dope tends to shrink over time. Due to this condition, the thread walls are at risk of cracking or pulling away from the dope, causing leaks to occur. Brushes or spatulas are usually used to apply pipe dope to threaded components.

They are relatively cheap and relatively simple to use, which is one of their major advantages. Moreover, they are compatible with any pipe material, even plastic, and they harden quickly and produce a moderate to strong seal.

However, as a result of heat aging, solvent-based pipe dopes can lose their efficacy. The seal can shrink and crack, causing leaks. Vibration-sensitive systems are particularly vulnerable to this possibility. Additionally, pipe dopes may not be able to withstand solvents.

Pipe dopes based on solvents provide adequate sealing where high temperatures or high pressure is not expected. They offer minimal vibration resistance. The use of pipe dope is advantageous when it does not require the adjustment of components for longer than a few minutes after assembly.

This type of tape is called Teflon tape but it is also commonly referred to as PTFE tape. During the assembly of piping systems, this non-stick ptfe tape is used to lubricate threaded parts. Its slipperiness facilitates assembly.

Technically, Teflon tape is not a sealant. While the tape may cause clogs in the thread, it actually doesn't adhere as well as a genuine sealant should. During installation, you must wrap the tape in the same direction as the thread to prevent it from unravelling and ripping.

Teflon tape is easy to apply and will not leave a mess. By properly lubricating pipe system components, it ensures that threads are not damaged during assembly. This material comes in a roll and hence is easy to store, carry and has a long shelf life.

The material is commonly used in plumbing and is capable of assembling a standard water piping system. However, Teflon tape does not resist vibration and should not be used in systems with high pressure.

How To Apply Thread Sealant

Whether you are applying a pipe joint compound or a thread sealant tape, you must always apply it to the male threads to reduce the chances of restricting or blocking the inside of the fitting and pipe.

You can use pipe joint compound and tape simultaneously. After the male thread is properly wrapped with the tape, coat the thread sealant tape with the pipe joint compound before you assemble the joint. Tapered fittings require thread tape to be installed directly on the male threads during assembly so that it will compact into the root of the thread as the joint is assembled.

Despite its elasticity, thread tapes do not entirely fill the root of the thread's crest on application. Once the joint is assembled, the compound will cover any remaining voids. In addition, The excess compound will be pushed out.

After selecting the right tape sealant for your needs, you need to wrap the thread 3-5 times clockwise direction while keeping the tape just above the pipe or fitting’s last male thread. To prevent the tape from coming loose during assembly, wrap the pipe the same way you would screw it into the fitting.

When you apply the pipe joint compound, you are also filling the thread openings, so do not apply the compound in the thread's direction as it can cause poorly filled joints. For better coverage and to always fill the threads, brush across the threads.

After you are done, wipe off the remaining threaded pipe sealant before it dries with a cloth for a clean and neat joint. When you are finished, wash your hands.

When you use pipe thread sealants, you can easily disassemble your pipe in case you need to move anything. On the other hand, if you do not use pipe sealants, your pipes will start to rust, and it will be impossible to deconstruct them, and in the end, you will have to replace your entire piping system, which could cost a fortune. Thus, you must never underestimate the importance of a high-quality pipe thread sealant.

What is thread sealant?

Polytetrafluoroethylene (PTFE) is a fluoropolymer—it is a plastic that contains fluorine atoms. Many thread sealants are made of PTFE, such as the Vitcas Liquid PTFE, or ptfe tape. 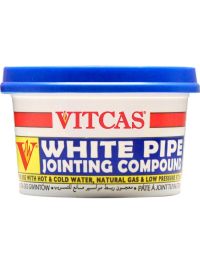 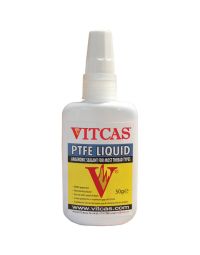