What is a Kiln? Construction and application

The words kiln derived from old English cyln and furnace are often used interchangeably to describe a type of oven / stove which is heated to a very high temperature referred to as a firing process.

According to the strict definition the difference is that a kiln is loaded when cold and then heated up whereas a furnace is heated up first before being loaded.

In industry this means that kilns are associated mainly with ceramics and ceramic processes such as the heat treatment of a raw material before its used in a finished product. Examples are firing limestone, flint, bauxite or other minerals in order to bring about a chemical change - this change is called calcination. In ceramics it is necessary to heat the glaze components up to form a kind of glass called a frit. The resulting glass frits are then milled to a fine powder and then added to coloured oxides to make glazes. Other related processes such as the manufacture of cement also refer to the equipment as a kiln. Some drying processes which take place at lower temperature are also referred to as kilns for example in the drying of wood in a heated enclosure.

On the other hand, furnaces are usually associated with some aspect of metallurgy. In iron and steel processing we mention typically a blast furnace or an open hearth furnace, in foundries they often use induction furnaces and heat treatment furnaces for annealing etc. 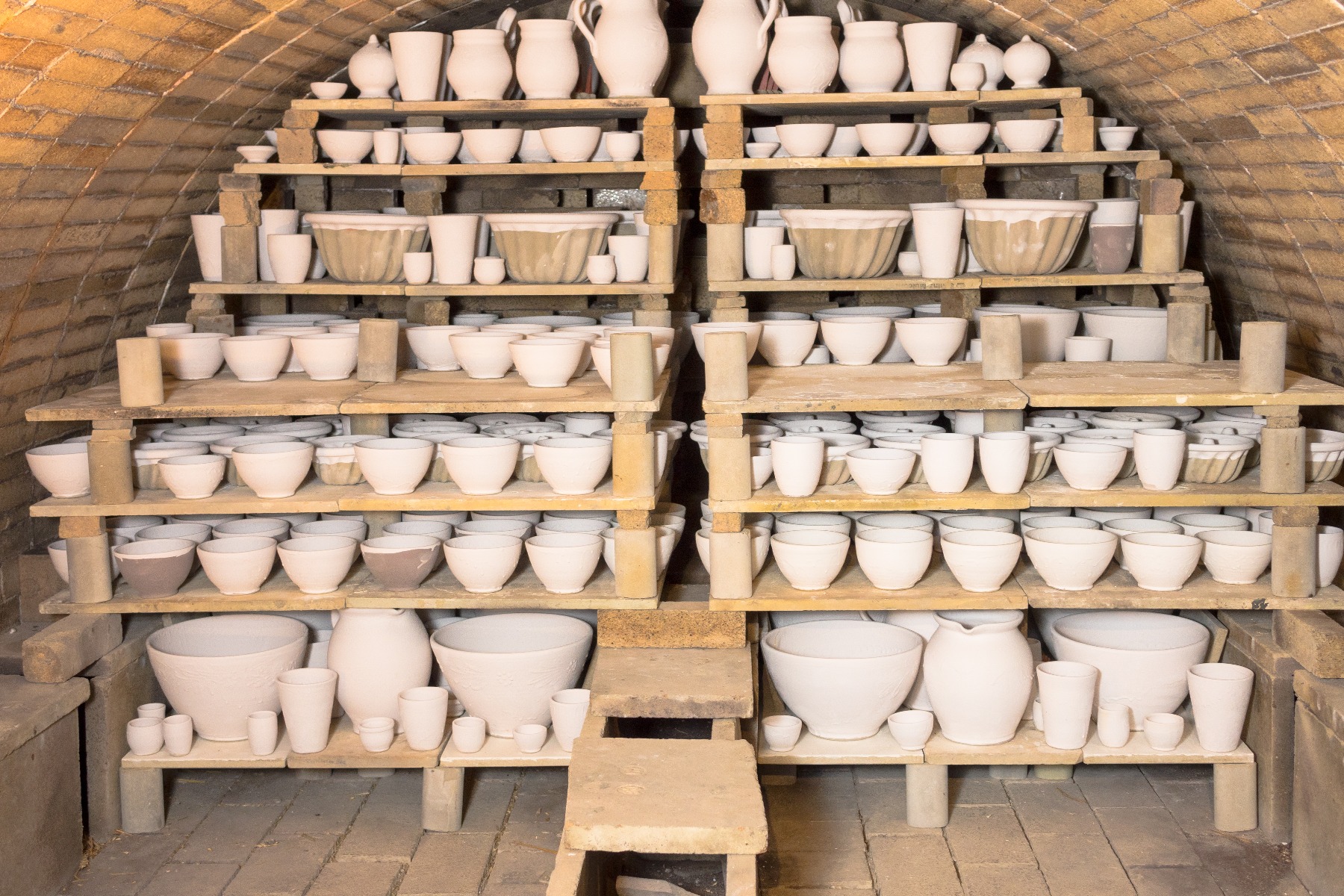 The manufacture of ceramics and pottery covers a wide range of products. There are the so-called heavy ceramics such as common housebricks, sanitaryware, roof tiles and floor tiles as well as the fine ceramics such as tableware and decorative figurines. They all start from clay in some form, mixed with other minerals and they all undergo burning in a kiln. Most kilns for enamel decoration and gold decoration will be electric kilns.

Glass in its most familiar form as window glass is made by floating the glass onto a bath of molten tin metal in a furnace. More skill is required by the artisans who create vases and other shapes by glass blowing. In this case the molten glass is kept hot in a kind of furnace called a Glory Hole and the operator dips his glass blowing pipe into the liquid before starting to blow out the shape.

The first classification we can make is to separate intermittent kilns from continuous kilns. In an intermittent kiln the materials or articles are placed in the firing chamber and then the kiln goes through a firing cycle of heating up and cooling down before the work is removed at the end. In a continuous kiln the firing zone of the kiln stays permanently at the desired temperature and the articles are fed through it.

There are very many designs of intermittent kiln and we will look at some of them. On a small scale there are simple kilns which have a fixed placing area and a door like an oven where the operator fills the kiln at the start of the process and empties it at the end. There may be shelves inside the kiln which are called batts and the whole arrangement of batts and props is called kiln furniture. Most of these small scale kilns are updraft kilns. Many potters use top loading kilns which have the advantage of not taking up so much space as the other types. 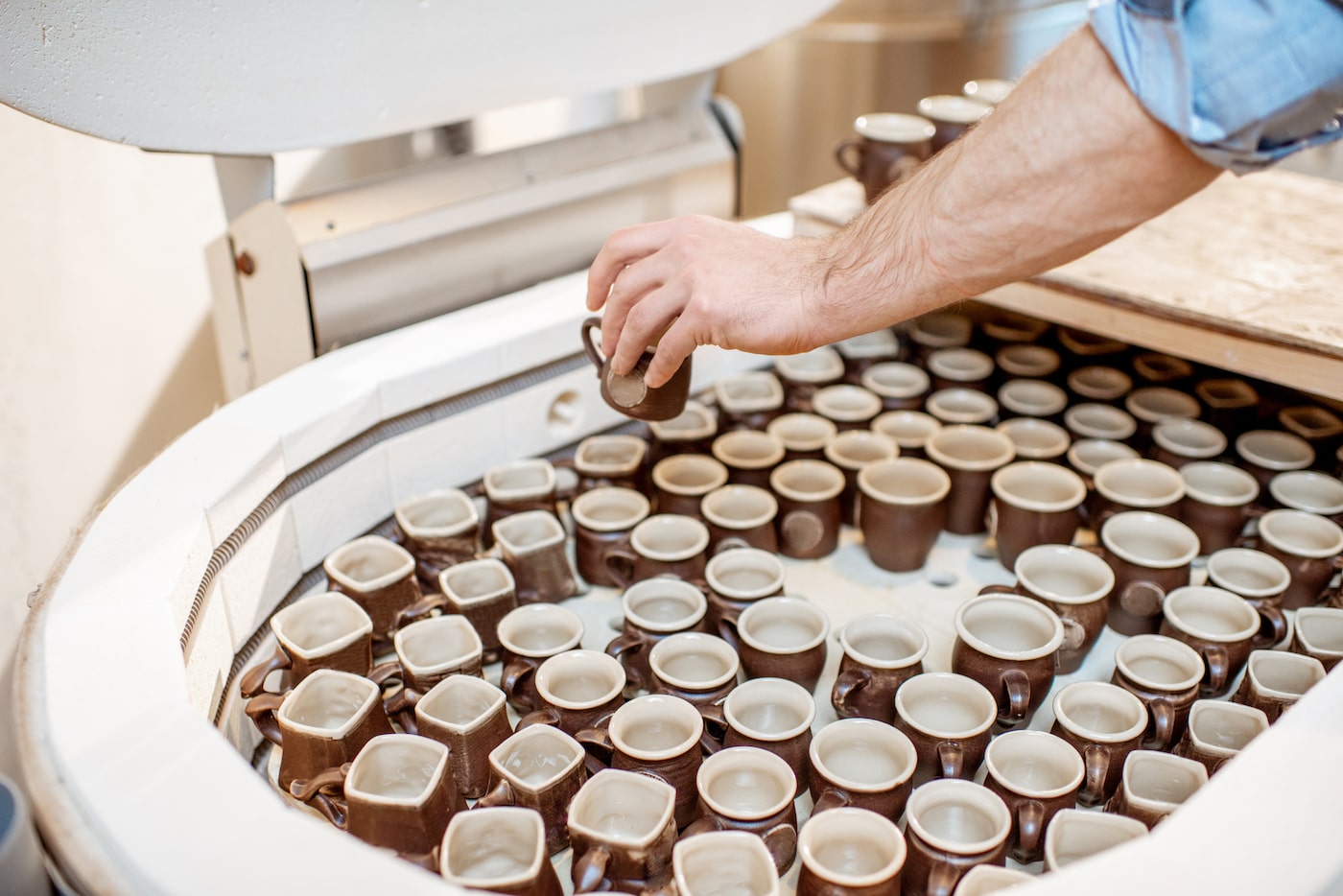 Also in favour with the studio pottery are raku kilns which unlike traditional kilns are used to apply coatings or finishes to the pots while they are at high temperatures and then for them to be cooled very quickly.

On a larger scale there are shuttle kilns which have one or more kiln cars which can be loaded outside and then pushed in, usually on rails. These shuttle kilns have been the mainstay of the ceramic industry for many years. Alternatively the placing area can be fixed and the heating chamber of the shuttle kiln itself moves away either to the side or upwards. These are called a moving hood kiln and a top hat kiln respectively. For the calcination of raw materials it is common to use a shaft kiln where the material is placed in layers alternately with the fuel, coal or coke and the kiln is loaded from the top and the finished material is discharged from the bottom.

While kilns can be fired with a variety of fuels from electricity, natural gas, town gas, heavy fuel oil, coal, coke and wood; modern kilns obtain their high temperatures from electricity or gas. Most of the pottery kilns nowadays are gas kilns or electric kilns but historically there was another type of intermittent kiln which used coal and wood as the fuel called a bottle oven. The coal was burnt in the firing chamber with the ware which needed to be contained in clay crates called saggars to protect the ware from the dirty atmosphere of the burning coal. There are a small number of these kilns preserved for our heritage and from time to time they are fired for educational reasons. There was also a method of firing bricks in the past which used a series of firing chambers arranged in a circle. These chambers also coal fired would be fired in succession so that some of the heat from the firing of one chamber was used towards firing the next one. These were called Hoffman Kilns.

In a continuous kiln the firing zone is held permanently at high temperature and the work is fed through it. One popular way to do this is by using a moving belt which conveys the belt through the kiln in a predefined time – for so called fast fire tiles this would be typically be one or two hours transit time. Another more traditional way is to use a tunnel kiln and feed kiln cars through the tunnel on a continuous basis. The transit time might be 12 hours or even 24 hours for one car. You can imagine that the disadvantage of this system is the necessity to always have cars to feed to it. Usually a stock of cars would be built up during the day and used up over the night time. Another disadvantage is that a fireman must always be in attendance 24 hours a day, 7 days per week. For the heat treatment of raw material this translates to using a rotary kiln where the heating zone consists of a rotating barrel with the burners in the centre. The material can flow through the inclined barrel and fall through the heating flame time and again.

Some common temperatures in Ceramics.

Mainly the lightweight materials (insulation bricks and ceramic fibre are favoured) so as to reduce the cooling time of the kiln after firing. Grade 26 Insulation Brick is the most popular used in conjunction with Vitset 45 refractory mortar. Of course this doesn’t apply in a tunnel kiln where the temperature is maintained constantly and the kiln cars move through and invariably these kilns will be lined with dense firebricks such as 42% alumina clay firebricks.

It is important for the materials used inside ceramic kilns (kiln linings) to be low iron as the work is very often white in colour and iron pickup will generate black or green spots in combination with the ceramic being fired. It is also necessary to coat ceramic fibre with Zircon paint refractory coating to avoid stray fibres dropping onto the work – this is especially detrimental for glazed work.

For some applications, thermal shock resistance is important. This is tested by heating the articles to be tested and then dropping them into cold water. This is done over and over again at increasing temperature until the article either cracks or shatters. Pottery with glazes is usually 40% stronger than pottery without glazes and therefore will have a higher thermal shock resistance.

In the process of salt glazing the clay pieces are fired in the normal way but when the kiln is at top temperature, salt is shovelled into the kiln from an opening on the top. The salt is vaporised by the temperature and forms a shiny layer over the work. In this process the salt is very aggressive and the refractories are prone to chloride attack. Some work has been done by Peter Meanley in Ireland which shows that the bricks can be protected if they are painted with Silcas -A before their first use in salt glazing. The process in a soda kiln is very similar but using sodium bicarbonate instead of sodium chloride.

Other kilns and specialized kilns

When lumber is first cut from a felled tree, it has a high moisture content. Therefore the wood must first be dried inside lumber kilns.

It is common to accelerate the seasoning of wood by heating it in a type of kiln to reduce its moisture content to less than 25%. This applies to burning fuel in a barbeque or a wood firing pizza oven or even on the house stove or fireplace. Wood which has been treated in this way is called kiln dried firewood.

Modern electric kilns are typically fitted with a digital programmer controller which monitors the temperatures from a thermocouple and drives the firing process according to a predetermined schedule consisting of a pre heat step, a firing gradient and a soak period at top temperature.

In an electric kiln, a more simple version of this is more like a thermostat which is called a kiln sitter. This merely turns the power on and off in order to achieve a set point.

Gas kilns have similar equipment but now the electrical instruments must control gas valves and monitor pressures as well as temperatures. Its important to measure the oxygen level inside gas kilns. If the level is too low then the gas will not burn properly and if the level is too high the kiln will cool down prematurely. Typically a gas kiln heats at a positive pressure inside the kiln of 0.25 - 0.5 Pa relative to the atmosphere outside the kiln. This ensures that heat leaks out of the kiln as opposed to cold air leaking in.

Prior to the modern instrumentation the method was to press a ring from a clay body with known shrinkage characteristics. A number of these rings would be withdrawn from the kiln as the firing progressed until it was observed that the rings had contracted to the correct size. 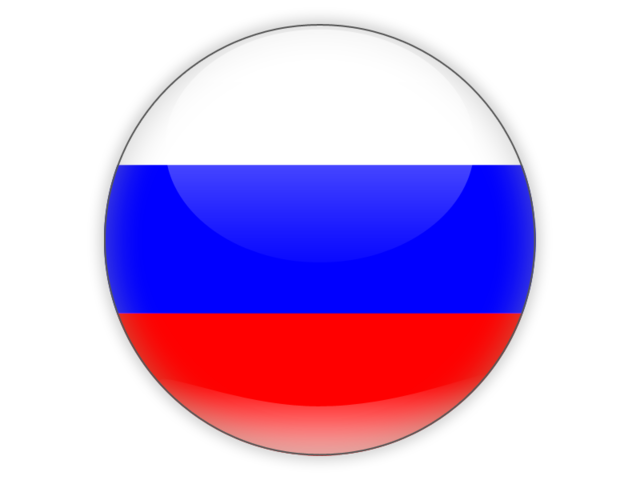